Romain Thys found his ambition and motivation for success while studying at UBI. Upon his graduation in 2009, he worked for a short time before pursuing a master’s degree. He didn’t want to lose his momentum in formal education. Even though he got accepted to the London School of economics (LSE), he ultimately chose CASS Business School (recently renamed Bayes Business School) for the values they espouse. While there, he studied corporate finance and distressed businesses, focusing on company management itself.

When Romain graduated from CASS Business School in 2011, the economy was already feeling the effects of the financial crisis of 2008. Because it was difficult to find a good job in London, he returned to his hometown of Charleroi, Belgium. Shortly thereafter, he moved to Luxembourg to work in risk management for an American bank.

Though to begin with he kept his day job, Romain continued to develop his business activities on the side. His first company acquisition was HTV [high tech vision] which specialises in the building and selling of giant digital displays. Unfortunately, the company had been poorly managed and found itself in bankruptcy. Romain won the bid to take over the assets of the company and he spent the next few years rebuilding the company from scratch. He always expected to sell the company but never has. While he has retained his title as CEO, he mainly focuses on development now. 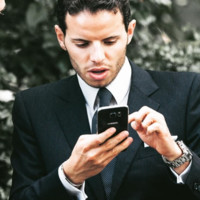 Our ultimate goal is that the company is better off in 36 months than it is now.

In 2017, he acquired another company, this time in the food supplements industry for muscle mass maintenance in the elderly. The company also had management problems. He spent a few years focusing on the commercial aspect of the company, all the while maintaining the intellectual property through the clinical trials. He recently sold the revitalised company

Even though Romain targets distressed companies, he chooses companies he believes in, not just companies that he can take over. While income is the end result, it is not the motivating factor. He gets satisfaction from transforming a floundering company with disgruntled employees, into a thriving company with satisfied employees. He knows that happy, well-paid employees put more effort in at work. Romain takes a very long-term approach and aims for low turnover because the key is to grow the people who work for you.