Jessica Gobbo credits much of her drive to what she has learned through her experience riding and taking care of horses. Jessica started riding horses when she was 12 years old, and has trained and competed over the years in show riding and dressage, learning dedication and determination through the process. The daily commitment of caring for horses, and the necessity of getting the job done whether you feel like it or not, has helped her develop a strong work ethic. 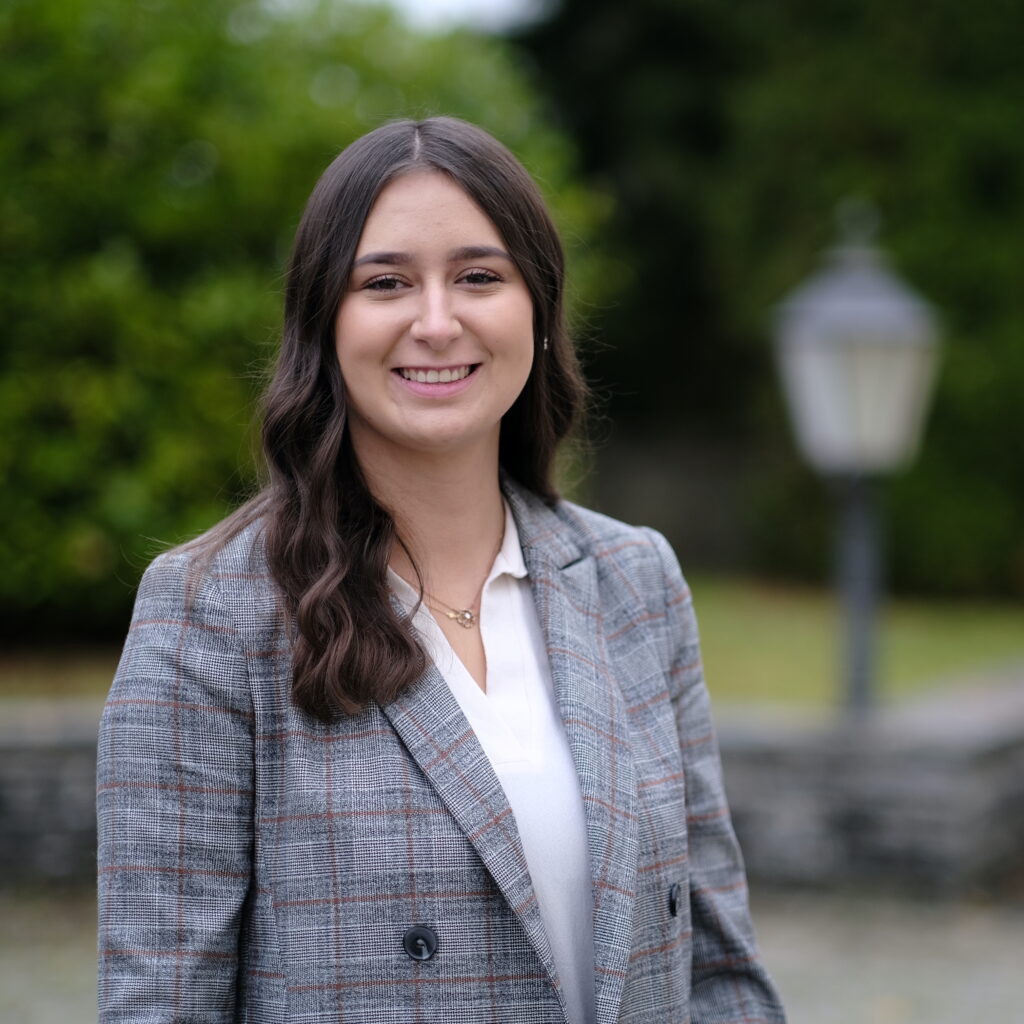 I ride horses in my free time like some people go running. Horseback riding is how I renew my spirit.

This work ethic has been recognised by others in both her professional and academic settings. Jessica has regularly worked student jobs since she was 16 years old, having a chance to observe professional environments and gain early experience in both the public and private sectors. Feedback on her performance was always positive, with her supervisors noting her willingness to take initiative when other young people only did the minimum. These same observations have been made by her professors regarding her academic performance at UBI.

Before joining UBI, Jessica had considered several different professions. Because of her experience as a long-time equestrian, she had looked into becoming a veterinarian, but this avenue was difficult because it would require her to study abroad. Unlike most Luxembourgers, Jessica didn’t want to leave the country after high school to pursue higher education which is why she assumed she would attend the public university. However, she eventually realised she should consider other options and, based on her brother’s excellent experience at UBI Luxembourg (Class of 2018), Jessica applied to UBI and was accepted.

As a third-year student, Jessica has appreciated her time at UBI. The small class size allows students to connect with faculty and enjoy a more personal experience. The teaching style is based on ‘learning by doing’ and includes hands-on exercises which she finds better adapted to her practical learning style. The support teachers show their students, along with the faith they have in the students’ abilities, has helped Jessica go from being just an average student in high school, to excelling as one of the best in her class at UBI.

Based on her theoretical knowledge learned in class and her practical experiences in student jobs and internships, Jessica plans to go into human resources management. As a matter of fact, she’s preparing to pursue a master’s in human resources management in a university abroad, an ambitious step for someone who originally didn’t want to leave Luxembourg for their studies. Whatever school she finally chooses to attend for her master’s degree will be lucky to count Jessica among their student body. Her consistent drive and determination will take her far both academically and professionally.

Interested in pursuing a BSc in International Business Management?